The computing world is growing by leaps and bounds. Conventional heavy hardware equipment sitting in your office or home isn’t the norm anymore. As both software and hardware resources become remotely accessible through the cloud, we need better and more efficient solutions for collaborative working across the globe.

A distributed computing platform provides users around the world just that.

What is a Distributed System?

A distributed system is a collection of multiple physically separated servers and data storage that reside in different systems worldwide. These components can collaborate, communicate, and work together to achieve the same objective, giving an illusion of being a single, unified system with powerful computing capabilities.

What is Cloud Computing?

The cloud stores software and services that you can access through the internet. Companies who use the cloud often use one data center or public cloud to store all of their applications and data.

Cloud computing is the approach that makes cloud-based software and services available on demand for users. Just like offline resources allow you to perform various computing operations, data and applications in the cloud also do — but remotely, through the internet.

Edge computing is a type of cloud computing that works with various data centers and applications placed near end-users. With data centers located physically close to the source of the network traffic, companies can easily serve users’ requests faster.

Distributed clouds optimally utilize the resources spread over an extensive network, irrespective of where users are.

How Does Distributed Computing Work?

Distributed computing connects hardware and software resources to do many things, including:

Advanced distributed systems have automated processes and APIs to help them perform better.

From the customization perspective, distributed clouds are a boon for businesses. Cloud service providers can connect on-premises systems to the cloud computing stack so that enterprises can transform their entire IT infrastructure without discarding old setups. Instead, they can extend existing infrastructure through comparatively fewer modifications.

What Are the Advantages of Distributed Cloud Computing?

According to Gartner, distributed computing systems are becoming a primary service that all cloud services providers offer to their clients. Why? Because the advantages of distributed cloud computing are extraordinary. Here is a quick list:

Distributed systems form a unified network and communicate well. At the same time, the architecture allows any node to enter or exit at any time. As a result, fault-tolerant distributed systems have a higher degree of reliability.

Distributed clouds allow multiple machines to work on the same process, improving the performance of such systems by a factor of two or more. As a result of this load balancing, processing speed and cost-effectiveness of operations can improve with distributed systems.

As resources are globally present, businesses can select cloud-based servers near end-users and speed up request processing. Companies reap the benefit of edge computing’s low latency with the convenience of a unified public cloud.

Whether there is industry compliance or regional compliance, distributed cloud infrastructure helps businesses use local or country-based resources in different geographies. This way, they can easily comply with varying data privacy rules, such as GDPR in Europe or CCPA in California.

Under the umbrella of distributed systems, there are a few different architectures. Broadly, we can divide distributed cloud systems into four models:

In this model, the client fetches data from the server directly then formats the data and renders it for the end-user. To modify this data, end-users can directly submit their edits back to the server.

For example, companies like Amazon that store customer information. When a customer  updates their address or phone number, the client sends this to the server, where the server updates the information in the database.

The three-tier model introduces an additional tier between client and server — the agent tier.

This middle tier holds the client data, releasing the client from the burden of managing its own information.  The client can access its data through a web application, typically. Through this, the client application’s and the user’s work is reduced and automated easily.

For example, a cloud storage space with the ability to store your files and a document editor. Such a storage solution can make your file available anywhere for you through the internet, saving you from managing data on your local machine.

For example, an enterprise network with n-tiers that collaborate when a user publishes a social media post to multiple platforms. The post itself goes from data tier to presentation tier.

Unlike the hierarchical client and server model, this model comprises peers. Each peer can act as a client or server, depending upon the request it is processing. These peers share their computing power, decision-making power, and capabilities to work better in collaboration.

For example, blockchain nodes that collaboratively work to make decisions regarding adding, deleting, and updating data in the network.

CDNs place their resources in various locations and allow users to access the nearest copy to fulfill their requests faster. Industries like streaming and video surveillance see maximum benefits from such deployments. If a customer in Seattle clicks a link to a video, the distributed network funnels the request to a local CDN in Washington, allowing the customer to load and watch the video faster.

As real-time applications (the ones that process data in a time-critical manner) must work faster through efficient data fetching, distributed machines greatly help such systems.

Distributed systems and cloud computing are a perfect match that powers efficient networks and makes them fault-tolerant. From storage to operations, distributed cloud services fulfill all of your business needs.

Using the distributed cloud platform by Ridge, companies can build their very own, customized distributed systems that have the agility of edge computing and power of distributed computing.

As an alternative to the traditional public cloud model, Ridge Cloud enables application owners to utilize a global network of service providers instead of relying on the availability of compute resources in a specific location. And by facilitating interoperability with existing infrastructure, it empowers enterprises to deploy and infinitely scale applications anywhere they need.

Book a demo of Ridge’s service or sign up for a free 14-day trial and bring your business into the 21st century with a distributed system of clouds.

Why do we need distributed computing?

What is the difference between parallel and distributed computing?

For example, a parallel computing implementation could comprise four different sensors set to click medical pictures. The final image takes input from each sensor separately to produce a combination of those variants to give the best insights.

To take advantage of the benefits of both infrastructures, you can combine them and use distributed parallel processing. 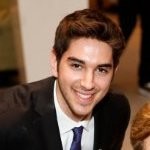 This may also interest you
No items found.