What is Cloud Gaming? The Future is Now

I’ve seen the future of gaming, and it’s on the cloud.

Is cloud gaming the future? The cloud is not in our computing future – it’s our present. In our world where everyone is connected and the amount of data continues to explode, cloud computing is a foundation of our way of life. And yet, when it’s put to its arguably most challenging use — high speed gaming — it’s coming up short. Which is too bad, because the gaming industry is growing exponentially and is forecast to be a $200B industry by 2023.

That’s why the best and brightest cloud gaming engineers have been working on solutions as feverishly as the scientists who developed the Covid-19 vaccine. One day this will all be behind us. But is the future now? Let’s take a closer look at the current state of gaming in cloud and the future of cloud gaming.

Cloud Gaming Explained: Is It Broken?

Let’s just say off the bat that something has to change, because today’s gaming setups can’t keep up with growing expectations. You buy a top-flight console for $500, and then start purchasing games, either digitally or physically. You install one, wait to download, and before you know it, there’s a new release and you’ll want to purchase the newest game.

Cloud gaming, or a game streaming service, eliminates the need to install games and content updates. In fact, all you need is a stable internet connection: the game is streamed directly to your device. As games evolve, users get the latest version, independent of device. In fact, a game could be started on one device and continued on another.

Because it’s all online, or if you lose your connection, how do we ensure that gamers get an uninterrupted and totally enjoyable gaming experience? Or in other words: how can gaming developers be sure that their game runs on a IT stack that is so resilient that every game feature works as planned? To answer that, we need to take a step back and understand; how does cloud gaming work?

How Does Cloud Gaming Work?

Like Netflix, the content is running on a remote server. Although media files may be cached in a relatively nearby CDN, you will need to stream compressed application-oriented video frames over a network from a distant remote server. There’s a lot of action in video games, so the content comes at you 60 frames per second as opposed to 24 fps common to film.

Unlike Netflix, you are an active participant in the streaming. You input commands with your mouse that are sent to the remote computer running a game instance. The server carries out your commands and then streams the result back. You see the new stream and return a command.

In a perfect world, the entire process will work as well as local gaming. Or even better, because the centralized high performance cloud game servers do all the heavy lifting, while all you need is a screen, a mouse, and a fast and stable internet connection. In this idealized world,  the remote server hosting your game is no more than a hop, skip, and a jump from your gaming throne.

In the real world, however, there may be a great distance between the gamer and the remote server, and so the data’s round trip is going to take time. OK, not a lot of time, maybe just a split second, but enough to make the overall gaming experience both slow and frustrating.  And believe me, real gamers will notice.

The round-trip time between the gamer and the server and back is basically a delay in the game. In computing terms, it’s known as latency. Low latency is the key to providing a great gaming experience. Gamers don’t want to count seconds after clicking before their character reacts.

What affects latency?  It’s not just bandwidth. Although it is true that years ago bandwidth limitations caused data to travel slowly, today higher bandwidth connections have greatly increased upload speeds. But data is still limited by the laws of physics: The longer the distance, the more time the journey will take.

And it’s not just distance which increases the ping: it’s also throughput which is affected by the number of steps and transfers the data needs to go through in order to go back and forth. Even if the distance is not hundreds of miles, but there’s a border between the gamer and the server, latency will be degraded.

Cloud Gaming at the Edge of Cloud Technology

To reduce the heartbreak of latency, video game streaming service providers must ensure that their servers are physically close to the gamers. The data can’t travel to Finland or wherever in the world a public mega-cloud is situated. But cloud video game providers, even the biggest ones, don’t have resources to set up data center infrastructures everywhere that they have users.

Salvation arrives through a division of computing functions: Big data applications that aggregate data for sophisticated analytics can stay in the public cloud. Applications which should be handled through local network resources are moved to distributed data center facilities.

These edge data centers can be situated regionally or even at the resolution of a metropolitan area. Where every millisecond counts, this is a huge benefit. But how does a gaming developer manage his workloads in all of these locations without a dedicated staff of IT specialists in each location? The public cloud providers do offer managed web services, however, as discussed, they may not provide the hyper-low latency necessary for cloud gaming.

Ridge Cloud and The Benefits of Cloud Gaming

Ridge Cloud is a game-breaking solution that optimizes edge computing. Its localized  computing platform — built by federating data centers from all over the world — enables developers to deploy latency-sensitive applications, such as cloud gaming, in any location.

Using Ridge Cloud, developers have ultimate flexibility to deploy any game without limitation.   Other solutions require game developers to either adapt a game SDK to ensure optimized frame rate and/or to attain other performance enhancements, or to make a complex transition to serverless technology to play the game without needing to directly deal with local servers. With Ridge, there is no compromise: you get the performance of a local data center with all the benefits of the public cloud.

What’s more, on the Ridge cloud platform game developers can run their applications globally without being locked into a single provider. Ridge fully managed cloud services, including managed Kubernetes, extend the edge to thousands of existing data centers and ensure high availability, low latency, and an incredible gameplay experience for gamers anywhere.

Ridge federates data centers and cloud service providers into a unified network: heterogeneous infrastructure is transformed into a homogeneous, massively distributed, cloud platform. When working on Ridge Cloud, developers are agnostic to each data center’s specific hypervisor and cloud management environment. They need only to interact via a single API to deploy applications, including gaming, in any location.

If You Deploy It, They Will Play

In hopes that this article managed to get Cloud Gaming explained, you should now know and understand the basic and general advantages of gaming in the cloud. By offering an extension to the public cloud, Ridge’s massively distributed cloud enables you to deploy and scale gaming applications anywhere. And through managed Kubernetes services, even complex, resource-intensive games can match the highest expectations of the most savvy gamer. There is no longer the need to rely on the availability of resources in any specific location in order to realize the benefits of cloud computing.

Ridge unlocks the full potential of cloud-native applications and has changed the way gaming developers can design and deploy new gaming adventures. For them, cloud-nativity now enables them to be flexible and innovative without being limited by their cloud infrastructure.

Ridge is not only on the edge of something great, it’s already up and running.

I’ve seen the future, and the future is definitely now.

Is cloud gaming the future?

Yes. And we would argue that the future is now. Cloud gaming is already here, used by many companies to deliver great gaming experiences and by users who enjoy cutting-edge technologies without necessarily having the latest gaming rigs or on-the-go.

What are the advantages of cloud gaming?

Playing the latest AAA games on cheap mobile devices on the go, delivering gaming experiences that previously were only available for the few, connecting people from around the world in seamless experience, and allowing smaller games scale much easier are all just a few of the many advantages of cloud gaming. 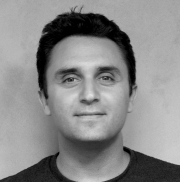 Mati Lerner is CEO and co-founder of Ridge, the world's most distributed public cloud.

Kenny Kleinerman
Ridge
What is Cloud Storage? Explained by a Cloud ExpertRead More