IoT and the Cloud: Seeking the Right Infrastructure

In its latest DataSphere Forecast report, research firm IDC predicted that global data creation and replication will experience a compound annual growth rate (CAGR) of 23% over the 2020-2025 forecast period. One of the main drivers for this rapid growth is the amount of data generated by IoT devices. IDC predicts that by 2025 there will be 55.7 billion connected devices worldwide that will generate 73.1 ZB of data, up from 18.3 ZB in 2019. According to IDC’s research, IoT data is the fastest-growing data segment as data creation at the edge is growing almost as fast as that in the cloud.

The expansion of connected devices and IoT data has been boosted by the COVID-19 pandemic, which has been spurring the transformation of the workplace and the implementation of technologies that support remote work procedures. Across all industries, IoT is taking an increasingly important role as an enabler of innovative use cases that help companies adapt to the new reality.

If you're still new to this topic, we have a comprehensive article explaining Internet of Things (IoT).

IoT and the Need for Speed

As IoT deployments continue to rise, the limitations of existing IT infrastructure become apparent. Many emerging IoT use cases are based on the ability to collect, process, and analyze large volumes of data flowing from edge devices in real-time. Remote patient monitoring, telehealth, drones, robotics, connected cars, autonomous vehicles and environmental monitoring are just a few examples of mission-critical IoT scenarios where the fast delivery of processed data is an essential requirement that cannot be compromised.

To a large extent, public cloud has become the default choice for IT infrastructure, offering benefits such as unlimited scalability and access to the latest technologies and applications that otherwise might be out of the reach of companies due to lack of adequate resources and expertise.

However, public cloud is not an ideal solution for many IoT applications that are latency-sensitive, which means that they are dependent on the ability to send and/or receive data at speeds of less than 10 milliseconds. Hence, moving large amounts of data from connected devices scattered across multiple remote locations to the public cloud for processing and analysis may result in latency issues. Another drawback of using a public cloud located far from the edge is the cost of network traffic, which increases dramatically as more data needs to move to and from the cloud.

A recent survey conducted by IDC on behalf of Ridge, which looked into IT infrastructure priorities and adoption trends among software companies in various domains, found that IoT developers are more concerned over latency compared with their peers in other areas. For example, 80% of developers of smart city applications, which are highly reliant on the processing and analysis of sensor data from connected devices, ranked latency as either a “strong” or a “critical” challenge, compared to approximately 62% among other participants.

Furthermore, while common challenges such as cost and security were highlighted by all respondents, developers of smart city applications are more concerned over issues such as scalability and performance. This is hardly a surprise given the above-mentioned rapid growth of IoT data and the real-time nature of IoT-based smart city applications, e.g., smart transportation and traffic management, physical security, environmental monitoring, and others.

In addition, as IoT deployments become increasingly complex, consisting of a range of sensors, devices, protocols, configurations, network topologies, software platforms and more, developers require more flexibility in adjusting their IT infrastructure to address their unique needs. Such flexibility is typically lacking in public cloud deployments as the infrastructure is owned and managed by the cloud provider.

Given these disadvantages, IoT players use other methods that enable them to place computing resources closer to edge devices. When asked about how they process and analyze data from edge devices, around 40% of respondents reported that they process data on the edge device that generates the data. This makes sense as many edge devices, e.g., connected cars or drones, are equipped with adequate compute resources to process the data they collect.

Nevertheless, most edge devices have limited compute resources and are not flexible enough to be configured to support data-intensive, high-performance workloads such as AI, machine learning, video analytics and others. Hence, many IoT providers combine local processing on the edge device itself with a method of transferring data from edge devices to servers located either in an on-premises data center or in the cloud for further processing and analysis.

To avoid latency and performance issues, many IoT developers use an edge computing architecture that is based on locating a self-contained version of a traditional enterprise data center in proximity to edge devices for improved performance. These edge data centers have their own shortcomings though. Most notably, there is a limit to the amount of compute resources that can be placed in a single edge data center. And as IoT datasets tend to grow exponentially as more and more edge devices are added to the network, scalability quickly becomes an issue. In theory, setting up additional edge data centers could help address this challenge, but at the expense of mounting operational costs and complexities due to the need to manage multiple sites.

Regardless of which architecture is used, IDC’s survey shows that overall, IoT developers expect to be able to take advantage of public cloud benefits. When asked about their plans for the next 18 months, respondents highlighted public cloud as a preferred option as more than 67% of them are planning to transport data to a public cloud (up from 47% today). In addition, nearly 70% of respondents plan to use a hybrid cloud in a local data center compared to 47% today.

IDC’s survey highlights the fact that currently, there is no single computing model that can fully address the unique challenges of operating data-intensive, complex IoT environments without making painful trade-offs. As neither distributed approaches such as edge computing nor centralized computing models such as public cloud or collocation can provide a comprehensive, cost-effective solution, IoT providers must combine different models, which may result in further complexities and inefficiencies.

Looking ahead, to tackle the challenges surrounding large-scale, increasingly complex IoT deployments there is clearly a need for new computing approaches that can natively provide advanced public cloud capabilities at the point of need, in proximity to where data is generated.

An emerging computing model that could help IoT players combine the benefits of edge and public cloud is offered by Ridge. Ridge’s unified distributed cloud enables application developers to deliver modern workloads locally from globally distributed networks of data centers and local cloud providers. Ridge federates data centers across the globe into a unified network hosting its platform, which can be leveraged to support the delivery of cloud services where data is generated, in proximity to end-users and end-devices. Using this global network, IoT developers can connect to any existing infrastructure, including local private data centers and micro data centers. They can thus instantly deploy their workloads across disparate geographic locations without investing in new infrastructure. 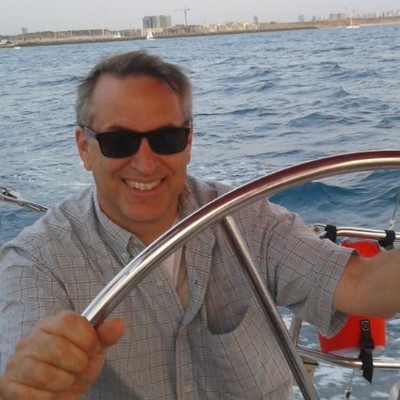